As published on the BBC WebSite by Ed Husein.
I am a Muslim. I am a Westerner. I see no contradictions in being both.
We reached this stage of our history by ending the control of the Catholic Church on what could and could not be said or written in public. So-called heretics were killed at the stake to help secure freedom of religion, thought, and expression. These freedoms are sacrosanct to me.
It is this history of Christian Protestant bravery that led to the creation of pluralist and secular societies in the West, allowing for the first time in history for Muslims and Jews to settle there in large numbers - we were free to practise our religions freely. The barbarity of pogroms, witch-hunting, and burning heretics ended.
My fellow Muslims must understand this background. We cannot trample on the very freedoms that allow us to thrive as Muslims. Yes, it hurts when the Prophet is insulted. From Shakespeare to Thomas Paine, Western literature is full of negative references to Muslims as Moors, Turks, and followers of Mahomet.
Similarly, classical Arabic and Persian writings are replete with anti-Semitism and denial of Christ's divinity as the son of God. Yet, it is a remarkable feat that we in the West have accommodated all faiths and no faith.
This achievement cannot be reversed. Self-censorship is to reverse the gains made by our intellectual forefathers.
Just as Muslims are free in the West, Christians and other dissenters must be free in the East.
We Muslims killed some of our best luminaries because of clerical accusations of heresy, absence of freedom of thought.
From executing al-Hallaj in Baghdad to stoning Ibn Arabi in Damascus to banishing Bulleh Shah in the Punjab, the history is bitter.
They were Muslim martyrs to freedom of thought. As a Westerner and Muslim, I want to cherish these freedoms and secure liberty for future generations.
Posted by Gulay at 11:44 AM No comments:

When I checked back I suddenly realized how long it's been since I last posted. A sudden lack of interest in SuperLig, a manic 5 year old amongst things meaning imjustnlacked desire to post.

Now that the TFF have declared there was no case to answer on corruption or match fixing despite delaying the season and using the playoff arrangement in an attempt to manipulate the result, they still failed  and GS easily won the Lig.

With the recent recruits and on the evidence of the Super Cup nseems we have a stronger squad than last year, despite losing Melo. Although Engin needs to develop common sense.

I vaguely remember the non event that was the Euro's where Spain bored everyone to death. If that is football give me Stoke City anyway, at least something actually happens. Then of course we had the Olympics  which were probably better than anyone else predicted no matter which country you were from.

And then we have the medieval minds at work pushing the opium of the masses as a ways of life, in Pakistan where a Down's syndrome 11 year old is being charged with blasphemy and Christains are being threatened with having heir houses burned down by a  mob who probably can't even read one word of their allegedly sacred Quran. In turkey Islam is now being peddled as an elective subject, where headscarves can be worn, how long before peer reassure and intolerance is forcing everyone to do this?

And in the US we have the Presidential mud slinging contest to waste vast sums of money insulting your opponent.

Ah well at least the footy is back.
Posted by Gulay at 2:47 PM 2 comments:

Its been hard to keep on top of things recently. With a trip to the Great Wolf Lodge resort for 2 days of inside waterpark, magicquest and relaxation plus illness, kindergarten registration etc. etc. I have been somewhat remiss when it comes to updating the blog. So for the one or two people who do read this hear goes.

CimBom welcomed back Necati Ates who has promptly scored 3 goals in 3 games. With Baros either suspended or injured and Sercan Yildirim having scored 3 in 20 its a welcome return. After the loss to Bursaspor a couple of weeks ago GS bounced back with a draw and three wins to lead the table by 6 points with the next game a home derby against Besiktas.

It would be a shock if GS did not finish the season at the top of the Lig but of course this year the playoff nonsense has to be taken into account.
Posted by Gulay at 2:24 PM 1 comment:

Well the snow did not last for too long. Actually we are having one of the mildest January's for a long time here in NY/NJ. Today it was 10C, unheard of for January.....I am sure old man winter has a surprise up his sleeve. Meanwhile in Turkey soccer happens with piles of snow next to the pitch.

After a routine demolition of the SuperLig whipping boys, Ankaragucu or 3points' r yourscu, we came back to earth at the weekend with a crap loss away at Bursa. Seriously they were bad and we were even worse. Hardly any shots on goal and a boring match. GTHe only good thing is that I can now stream from my laptop to the TV screen through a HDMI cable and get LigTV HD!!!!! Of course if we won it would be better.

And then of course the property tax dodgers beat Man Utd in the FA Cup so the Husband was even more grumpy than usual. He was in a better mood today though as Dorran Gibson made his most telling contribution to the seaon by socring the only goal for Everton against Citeeh, while the Utd B team disposed of the Potters 2-0. So all level and GS remain ahead of the Kadikoy trash.
Posted by Gulay at 10:21 PM No comments:

Today we had the first snow of the winter in NJ. Well we had snow back in October but that was weird. Started during the night and its still snowing right now. Not too much though just a modest 3 to 4 inches and give the fact that the weather forecast is anticipating warmer weather this week I doubt this will be around for too long. Thankfully we bought a new car last year which has All Wheel Drive so bring on the snow!!!

I see the clubs threatened by relegation die to their corrupt practices are lobbying for points deductions rather than relegation. As a GS supporter I propose that any club where individuals are convicted of match fixing should be shut down and the stadium redeveloped as a pig farm and all their trophies and results cancelled. Because clubs like that bunch of shit from Kadikoy seem to think they are above the law and should be erased from history.
Posted by Gulay at 7:32 AM No comments: 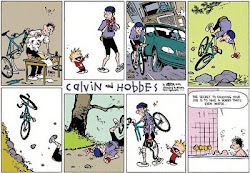